I didn’t know this was a thing.

Apparently it is like a combination Circle K and Dollar General. 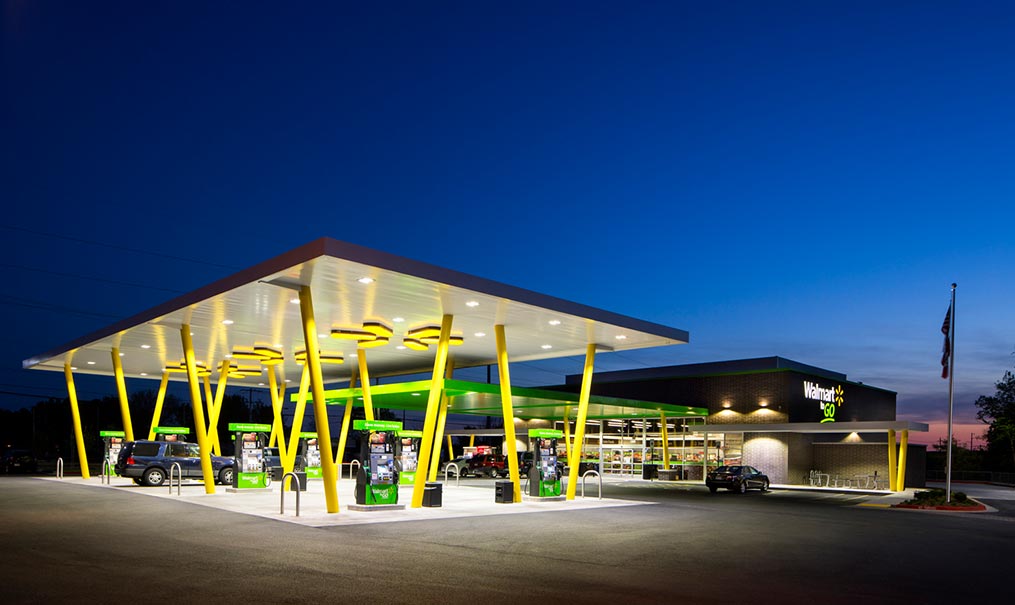 This is a poorly thought out proposal (as any minimum wage is a bad idea). Raising the minimum wage would cause a huge increase in unemployment. Business owners hire employees to add value to their business. If the cost of the employee is less than the added value, then the employer does not hire.  In a free market, one person agrees with another to trade his labor for a given cost. If the offered wage is too low, that person is free to decline the trade, and seek a deal with someone else looking to purchase labor. If the requested wage is too high, the employer is free to look elsewhere for labor.

Wal-Mart is one employer who has been criticized by some for the wages they pay employees. Yet every time a new Wal-Mart store opens, there are thousands of applicants for a few hundred positions. Apparently there are many people who are willing to trade their labor for the wages Wal-Mart offers. Wal-Mart recently cancelled plans to build three new stores in the DC area, after the District of Columbia Council passed a $12.50 minimum wage. Those are jobs that will never exist.

Another response to increases in minimum wage, and labor costs in general, is automation. In many cases jobs disappear because machines are developed which perform tasks more cheaply and more efficiently than humans. The machines also do not require breaks, sick leave, vacations or Obamacare health insurance coverage. Striking fast food workers should probably read this article about a robot that can make 360 hamburgers per hour. Not even a cashier required–the customer orders at a kiosk, pays with a debit or credit card, and his food is made to order.

Apparently there will be consequences for those who took advantage of a glitch in the EBT (Food Stamp) system last month.

The State of Louisiana may suspend benefits for those who exceeded the limits on their cards.

The Louisiana governor’s office said Wednesday night that it would strip food stamp benefits from anyone who took advantage of an EBT card malfunction that in some cases caused an all-out shopping frenzy in some stores across the state, The Advocate reported.

It is unclear how many recipients stand in line to lose benefits for a year, but more than 12,000 received an insufficient funds notice when the EBT card system was corrected on Oct.12, the report said.

“We must protect the program for those who receive and use their benefits appropriately according to the law. We are looking at each case individually, addressing those recipients who are suspected of misrepresenting their eligibility for benefits or defrauding the system,” Suzy Sonnier, the secretary of state at the Department of Children and Family Services, said in a statement.

From KSLA News–Shelves in Walmart stores in Springhill and Mansfield, LA were reportedly cleared Saturday night, when the stores allowed purchases on EBT cards even though they were not showing limits.

The chaos that followed ultimately required intervention from local police, and left behind numerous carts filled to overflowing, apparently abandoned when the glitch-spurred shopping frenzy ended.

Springhill Police Chief Will Lynd confirms they were called in to help the employees at Walmart because there were so many people clearing off the shelves. He says Walmart was so packed, “It was worse than any black Friday” that he’s ever seen.

Lynd explained the cards weren’t showing limits and they called corporate Walmart, whose spokesman said to let the people use the cards anyway. From 7 to 9 p.m., people were loading up their carts, but when the cards began showing limits again around 9, one woman was detained because she rang up a bill of $700.00 and only had .49 on her card. She was held by police until corporate Walmart said they wouldn’t press charges if she left the food.

Shoppers gave mixed reactions to the incident, with one man in the Springhill store told KSLA it was simply “human reaction” to stock-up when given the opportunity. Shopper Stan Garcia was more critical of the unscrupulous shoppers, however, saying that taking advantage of the brief glitch in the benefits system amounted to “plain theft. That’s stealing, that’s all I got to say about it.”

UPDATE–We have made the headline of Drudge Report

Shelves in Walmart stores in Springhill and Mansfield, LA were reportedly cleared Saturday night, when the stores allowed purchases on EBT cards even though they were not showing limits.

When the cards began showing limits again around 9, one woman was detained because she rang up a bill of $700.00 and only had .49 on her card.