Portuguese news reported the discovery of a very large under water pyramid first discovered by Diocleciano Silva between the islands of São Miguel and Terceira in the Azores of Portugal.

According to claims, the structure is said to be perfectly squared and oriented by the cardinalpoints. Current estimates obtained using GPS digital technology put the height at 60 meters with a base of 8000 square meters. The Portuguese Hydrographic Institute of the Navy currently has the job of analyzing the data to determine whether or not the structure is man-made.

Whether or not it is man made? Some of the Atlantis/non-human civilization stuff is a little outlandish, but the discovery, if legitimate, is interesting. 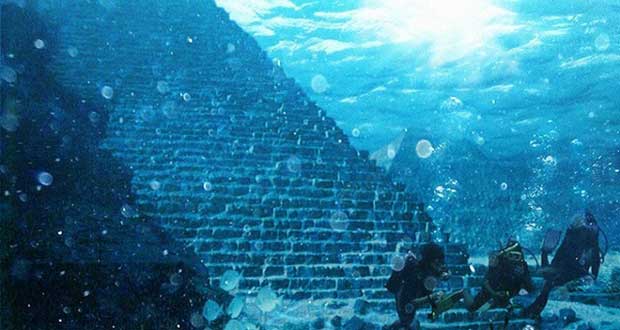 UPDATE: There are several articles on this site seem speculative or strain credulity, so take this with a grain of salt.