This applies to adults as well as children.

Children who sleep with smart phones or other “small screens” in their bedrooms reported sleeping less during the week compared to children without the devices in their rooms, according to a new study published in the February issue of Pediatrics, the American Academy of Pediatrics scientific journal. 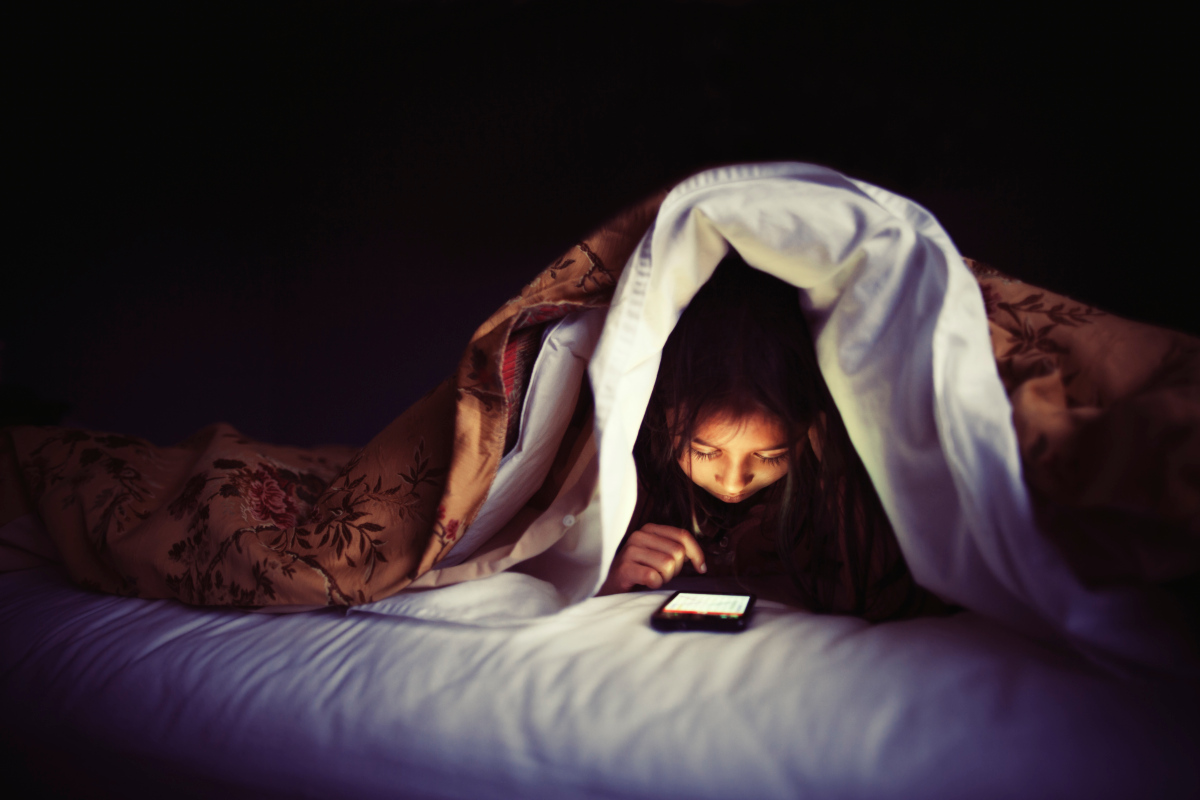